Every year in Ireland, many people are injured through no fault of their own.

We have a track record of experience and success in helping injured people recover losses and damages through Personal Injury Claims. 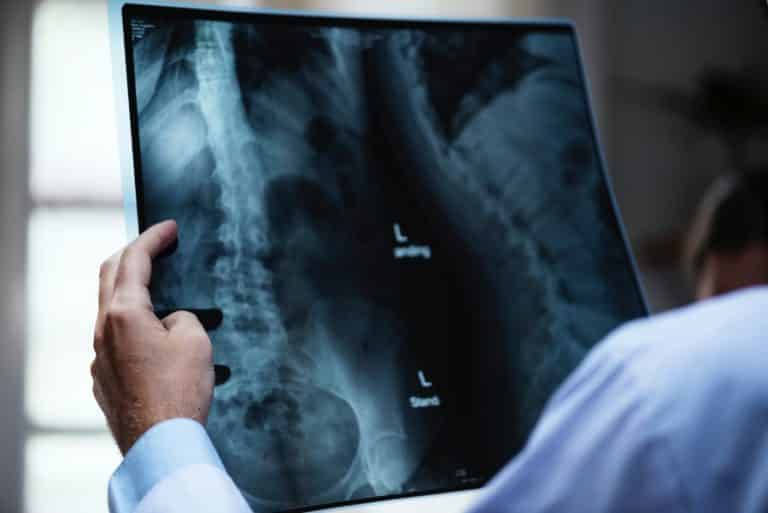 Expert legal representation will assist you in two key ways:

Whilst both these items may seem straightforward, there are other parties who will dispute your and their level of responsibility.

These are just some of the Personal Injury Claims Doherty Solicitors deal with.Select the claim details most suitable to your potential claim

After a road crash that I was involved in I did not know what to do. Doherty Solicitors were recommended to me by a friend. I met Frank Doherty who took time to explain the process without any obligation. Following our meeting he asked me to take time to decide whether or not I wished to proceed. I am very happy that I decided to go ahead with the claim. Doherty Solicitors made if very straightforward and effectively dealt with all of the steps on my behalf.
J.D.Road Traffic Accident Claim
Following an Accident at work I contacted Doherty Solicitors to seek advice. I found the office to be very friendly and professional I would recommend Doherty Solicitors without hesitation.
P.H.Workplace Accident Claim
Previous
Next

Firstly we will discuss the merits of your case. If you proceed then, the Injury Board fee is €45.00. You will have to submit a medical report from your treating doctor/specialist which is usually around €300.

We will discuss our fee with you depending on the type of case.

What is the Personal Injury Assessment Board?

If you have suffered an injury and think you have a valid case you can submit a claim to PIAB.

All personal injury claims must come through PIAB, unless settled early between claimants and insurers/respondents.

Some of the areas that are covered under Personal Injury Claims are as follows: Road Traffic Accident, Defective Products, Slip and Fall accidents, Work related injuries, Defective footpaths, Repetitive Strain Injuries, Injuries suffered as a result of an assault, Accidents while on holiday at home or abroad.

The counties in Ireland with the highest number of awards were Dublin, Cork, Limerick and Galway and the counties

What are the benefits a Solicitor brings to your Personal Injury Claim?

Every year in Ireland, many people are injured through no fault of their own. If you are unfortunate enough to join them, expert representation will assist you in two key ways:

Know your legal rights – do not settle before you get legal counsel.

In most cases you have 2 years from the date of the accident or the date of knowledge of an injury to make a claim.

There are exceptions, for example

What is the Motor Insurers Bureau of Ireland - MIBI?

The Motor Insurers’ Bureau of Ireland was established in 1955 by an Agreement between the Government and the companies underwriting motor insurance in Ireland for the purpose of compensating victims of road traffic accidents caused by uninsured and unidentified vehicles.

MIBI operates the Motor Insurance Information Centre of Ireland (MIICI). MIICI assists victims who have sustained damage and/or injuries in an accident by providing information on the insurer, and where applicable the Claims Representative, of the alleged offending vehicle.

Do I have a Medical Negligence Claim?

Most medical treatment in Ireland is of a high quality, and most professionals working in the medical industry are dedicated to providing the public with the best possible care.

Nevertheless, mistakes do happen in this profession just like any other. All medical professionals owe a duty to ensure that their patients receive the proper treatment in the safest possible and most efficient manner. This duty applies not only to doctors but to all healthcare professionals.

If you have been injured due to a medical professional’s mistake or neglect (sometimes this is referred to as “clinical negligence”), contact Doherty Solicitors for expert advice.

What are the possible Medical Negligence Claims?

Some common forms of clinical negligence for which you may be entitled to compensation include:

Victims of clinical negligence may be entitled to compensation not only for the injury itself, but also for ongoing pain and suffering and for financial expenses such as corrective medical treatment, rehabilitative services, pain, distress or loss of faculty, loss of earnings, loss of future earning capacity and support for dependents such as minors.

Establishing clinical negligence can indeed be a lengthy and complicated process, requiring a lot of sophisticated knowledge of medical procedures and terminology, fact investigation, and reports from experts in the field often from abroad.

Therefore, it is important to contact a solicitor as soon as possible if you think you have been injured by a medical professional as you have a certain time limit to raise a claim.

What should I do if I am involved in a car accident?

Car accidents and crashes, also called RTA’s (Road Traffic Accidents) can be devastating. If you are ever injured in a road accident, it is important to find out whether you can claim for your injuries. This information can save you critical time and money following an accident.

Every driver in Ireland is legally obligated to carry third party car insurance. Therefore, if a driver causes injury to another party — even the driver’s own passengers the driver’s insurance may be responsible for paying compensation for those injuries.

In instances where you have been injured by a driver who does not carry third-party insurance (or who cannot be located after the accident), you may be able to claim compensation from the Motor Insurer’s Bureau of Ireland (MIBI).

Some injuries that result from road accidents do not appear immediately, but only after several hours or days and sometimes weeks. Therefore, it is always crucial to telephone the Gardaí and file a report immediately following an accident regardless of being injured or not.

Due to the Statute of Limitations accident victims have two years to file a compensation claim, so it is important to file as quickly as possible and to consult a solicitor.

What you should do following a Car Accident

If you think you have a case for a claim after an accident, these steps can help you to obtain the best possible outcome:

Insurance information is crucial in filing your claim. A Garda report may also be important if the other party turns out to be uninsured or denies the accident even occurred. Keeping records from the medical care you have received, whenever you seek it, will help to establish what injuries are present as a result of the accident if necessary during the claim process.

You should not leave the scene of the accident until you have exchanged all information with the other driver and/or the Gardaí have told you that you may leave.

Do not assume that you cannot claim because the other driver does not carry insurance, or because you do not think you have been injured as it may be that any injury has not yet shown its extent, due to the shock of the accident itself. The victims of these types accidents could, in some cases be denied a valid claim because they did not take the adequate steps following the accident in order to achieve the best possible outcome.

What should I do if I have a work related accident?

Accidents at work are very common in Ireland on a day to day basis even with the aid of the Health & Safety Authority being implemented to reduce the number of Injuries sustained at work annually. Workplaces involving construction or heavy machinery do hold a higher risk of workplace injury but very serious accidents do occur however in offices and retail units also. A variety of injuries and accidents can happen in the workplace such as industrial accidents, slip and fall at work, injuries due to lifting or bending, asbestos exposure etc.

The Law states that employers owe a duty of care to take reasonable steps to protect the health and safety of their employees. This is to include the provision of proper training and supervision, a safe working environment, maintained and adequate machinery and equipment fit for purpose, and also co-workers with sufficient ability to carry out their job.

Many Irish employers are insured to cover accidents. This means that if you are injured whilst in employment, your employer’s insurance may cover the costs of your injuries. In such instance, there is a worry/fear by the employee that they will lose their job or suffer other consequences should they take a claim against their employer. In these situations, the employee must bear in mind that employers are legally responsible for providing a safe work environment. An employee should not let their employer intimidate them or try to talk to them out of pursuing a valid claim

Injured workers may be entitled to claim not only for the injury itself, but also for ongoing pain and suffering, lost wages, and financial expenses such as the following:

You may not be entitled to recover loss if your injury was caused by some fault of your own, but it is worth gathering all the facts before concluding that you were at fault. By consulting with a personal injury solicitor, it will help you to make decisions about any fault and where it might lie.

What should I do if I have a Slip, Trip or Fall Claim?

Trip and fall injuries can most certainly happen almost anywhere ranging from private homes to supermarkets to public pavements. In many instances, a slip, trip and fall is a normal and unfortunate part of life. More often than not trips and falls are as a result of a hazardous condition happening on someone else’s property in such instances the owner of the said property where the accident took place may be responsible for your injuries.

It is important when one falls or slips in someone else’s property that you:

What is the Length of time my Claim will take?

This very much depends on the injury. Minor injury cases very often finalize within 12 months. More serious injury cases can take longer depending on the recovery of the injury.

What Losses can I expect?